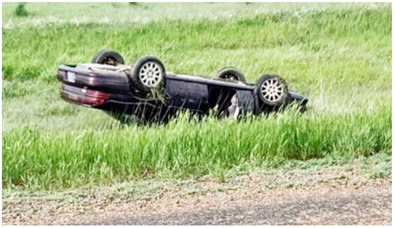 Montana Highway Patrol Sergeant Jeff Kent told the Northern Plains Independent that a 1997 Dodge Intrepid crashed on US Highway 2 at MM 550 west of Nashua June 9 at 3:58 p.m. A 59 year-old female was traveling west when the driver overcorrected, went off the road and overturned. There were no injuries and no citations were issued,.J.T. Oliver was the investigating trooper, with support from the Valley County Sheriff’s Office.