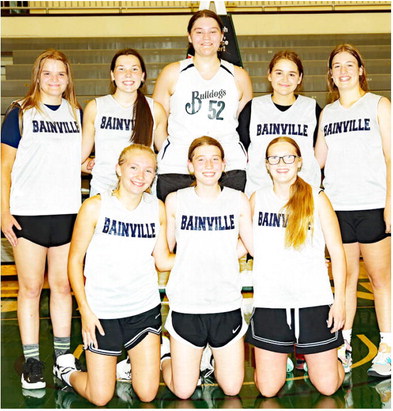 The Wolf Point/Froid baseball team lost to Glendive by a 16-7 final in the opening round of the Watford City tournament on Thursday, June 9.

Wolf Point/Froid struck for three runs in the bottom of the first to grab a 3-1 advantage. After Bode Miller singled and scored, a hit by Charlie Page knocked home Nate Hentges and Preston Swenson.

The Blue Devils took a 6-3 lead with one run in the second and four more runs in the third inning. Cale Jensen crossed the plate in the bottom of the third to cut the margin to 6-4.

After Glendive increased its lead to 9-4, Wolf Point/ Froid responded with two runs in the fourth. Swenson singled and scored in the frame.

Glendive moved out to a 12-4, Swenson accounted for a hit and a run in the bottom of the sixth inning.

The Wolf Point/Froid baseball team defeated Glendive B, 11-1, during the baseball tournament in Watford City.

Wolf Point/Froid gained a 1-0 lead in the first when Bode Miller scored on a single by Charles Page.

Mitch Brown doubled and scored in the second. Also scoring in the frame were Landon Young, Kash Ator and Nate Hentges. Having singles were Trevin Boysun, Hentges and Javonne Nesbit.

Crossing the plate in the third were Cooper King, Colter Oie, Miller and Preston Swenson.

Glendive’s only run came in the third inning.

Both Wolf Point and Froid will compete at a tournament in Glendive this weekend.