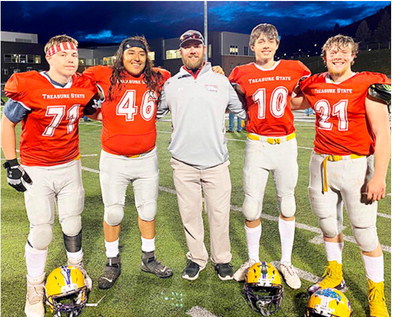 Culbertson’s Kyler Kempton scored on a four-yard run in the victory.

Playing from Culbertson in the contest were James Kirkaldie, Kempton, Aiden Perkins and Zachary O’Neill. Brian Manning served as an assistant coach.

Perkins was selected by coaches to receive the Bob Cleverley Scholarship. He will attend MSU-Northern.