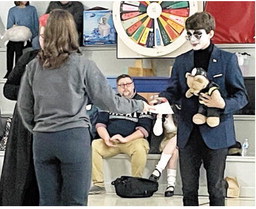 The Wolf Point speech and drama team earned first place in speech sweeps and second place in drama sweeps for Class B teams during the Froid meet Saturday, Dec. 10.

Tavian Bell came away with first-place honors in pantomime.