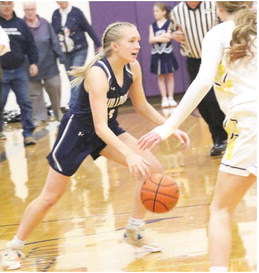 The Bulldogs played even with Circle in the first quarter, which ended in a 13-13 deadlock. Bainville’s Miah Pippenger connected on a three-pointer in the period.