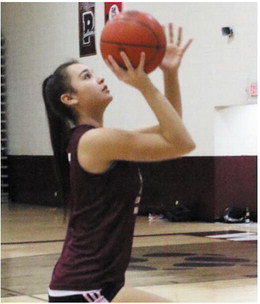 Coach Frank Benson is excited about the turnout, which includes 12 freshmen.

“We have some good shooters and Sierra posts up well,” Benson said of the team’s strengths.

He said leadership is also an asset for the program. “We have a good group of leaders,” Benson said.

Another strong area is the hustle and defensive play that MacDonald provides.

Benson feels the Wolves are a deep unit this season.

A question early in the season is to establish who will take over the point guard responsibilities.

Benson sees Malta as the team to beat in the conference heading into the season. “Poplar could be a sleeper,” he said.

The Wolves will open their season at home against Glasgow on Friday, Dec. 2.

The district tournament is Feb. 16-18 in Malta. The divisional tourney is scheduled for Feb. 23-25 in Glasgow.