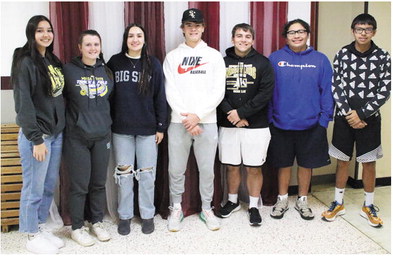 Wolf Point’s seniors J’Elle Garfield and Katelyn Mac-Donald have each been selected to the District 2B All-Conference volleyball team.

Garfield was one of three leagues players who were voted both All-Conference and All-State. The other players were Malta’s Allison Kunze and Glasgow’s Carly Nelson.