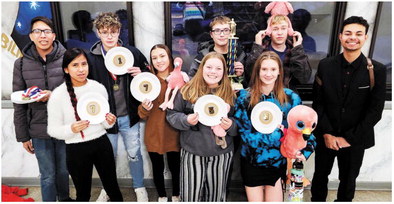 Coach Jeri Gustafson told the Community News that the team got an early start.

“Our CHS Speech & Drama team boarded the bus to Miles City and departed for the CCDHS Invitation at 4:15 a.m.,” Gustafson said. “Although it was an excessively early departure, the team was excited to see some tough competition.”