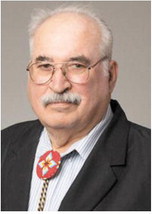 Frank Smith is thankful that voters are sending him to Helena again. The Democrat was re-elected as the representative for House District 31 on Tuesday, Nov. 8.

Smith won his race against Republican Arlie Gordon with 54 percent of the vote. Smith was disappointed that Valley County voters favored Gordon by a total of 451 votes to 214 votes. In Roosevelt County, Smith received 1,065 votes compared to Gordon’s 638.

“I wish I could had gotten more support from Valley County,” Smith said. He said one of the areas of disagreement was that most of the Valley County voters support development of the Keystone XL Pipeline.

Upcoming activities for Smith will include a leadership conference in Helena next week and meeting with the Northern Plains Resource Council.

When the Montana Legislative begins meeting in January. The House will feature a rare simple majority. Smith feels that compromises can be made between the two parties.

“We’re always been able to work around them,” Smith said.

One bill that Smith plans to sponsor would provide more power for the Department of Health and Human Services regarding decreasing vaping use by minors. Smith says he sees too many local students vaping during lunch hour or at nights.

Last session, Smith was disappointed when his Country of Origin bill was defeated. He’s hoping discussion continues to require a placard of County of Origin on beef or pork products.

He said more than 1,000 bills are already on the table and he feels that amount will increase to about 3,000. Smith has served the area at the state level for 22 years.

He urges residents to read bills that interest them and provide him with feedback.