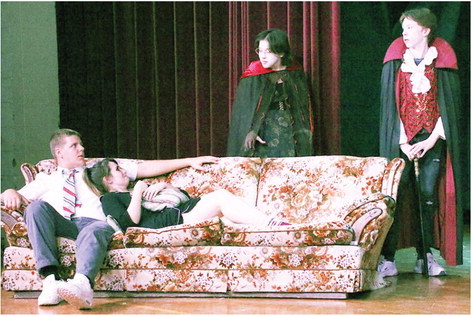 to an entertained audience last week.

Director Jacob Boysun said the show was an absolute pleasure to direct and fun for everyone involved. He added that it was the first play that he directed alone and that the students’ dedication and talent made it possible.

“Without you guys, we wouldn’t be able to put on the shows that we love to do,” Boysun said.

Jacob Boysun announced that the spring play will consist of Arsenic and Old Lace on March 16-18.