Blocks and kills by Alexa Reddig down the stretch led the Lions to a 25-17 victory in the first set.

Kills by Jaden Gibson helped Lustre gain a 23-15 advantage in the second set, but Wolf Point fought back on kills by Kashlyn Speak Thunder and Keeley Blount-Henderson along with an ace by Lauren Rodenberg to come as close as 24-19. Lustre took the second set by a 25-20 final.

After Wolf Point’s JVs bounced back to win the third set, Lustre took the fourth set to earn the match victory. 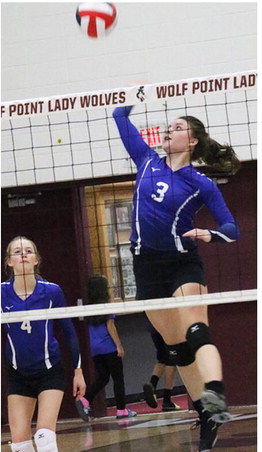