With five starters returning from last seasonâ€™s team, the Froid/Lake Red Hawks are hoping for a return trip to the Class C state volleyball tournament this year.

Smith feels hitting will be one of the teamâ€™s strengths this year. The squad still needs work on the defensive side.

One change is that B. Davidson will handle all the setting duties this year, but she needed to do that for some matches last season as well.

The experience of playing at last yearâ€™s state tournament should be a benefit.

â€śWeâ€™re pretty excited to have the eighth-graders be an addition,â€ť Smith said. â€śLosing five seniors next year, we will have a lot of shoes to fill.â€™ As far as the top teams in the league, Smith mentioned Plentywood, North Country, Culbertson and Bainville. 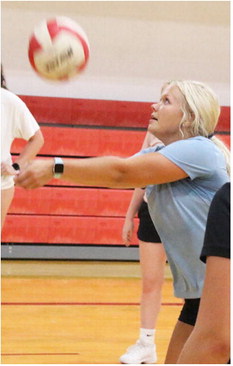 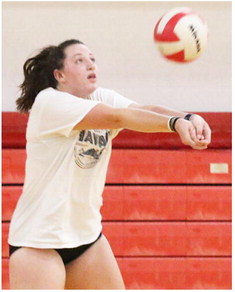 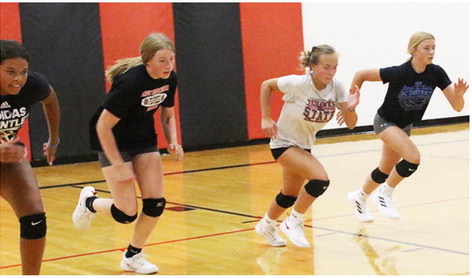 In ShapeFroid/Lakeâ€™s volleyball players work on conditioning during pre-season practice. The Red Hawkswill play at the Culbertson Invitational on Saturday, Aug. 27.(Photo by Bill Vander Weele)