A year after earning second place at the state girlsâ€™ cross-country meet, the Culbertson/Bainville team enjoys a good turnout this fall.

â€śIâ€™m hoping they can all show improvement early on in the season, which will result in faster times at state compared to last year,â€ť coach David Solem said of goals for the returning runners.

The program features five boys and seven girls at this point.

â€śI am happy with the turnout,â€ť Solem said. â€śIt is an average year for turnout so we are happy with that.â€ť

He feels a couple newcomers could benefit the program this season.

â€śThere are a couple of new members to the team that have never been out, so they have a lot to learn about running and competing in cross country,â€ť Solem said. â€śThey will do great though, glad they are out.â€ť

Another benefit could be that Bainville changed its policy so athletes can now compete in two sports during the same season. Also throughout Montana, eighth-grade students are now allowed to run at the high school level.

â€śWe just hope to finish the year by placing in the top 10 at the state meet in Missoula,â€ť Solem said. â€śThe girlsâ€™ team lost two seniors so it will be tough to try to match the success at state from last year.â€ť

Solem expects Richey/Lambert to be the top boysâ€™ team in the area. â€śFor the girls, Scobey and Plentywood will definitely be tough competition and should be state contenders,â€ť he said.

Culbertson/Bainville will open its season in Wolf Point on Friday, Aug. 26. 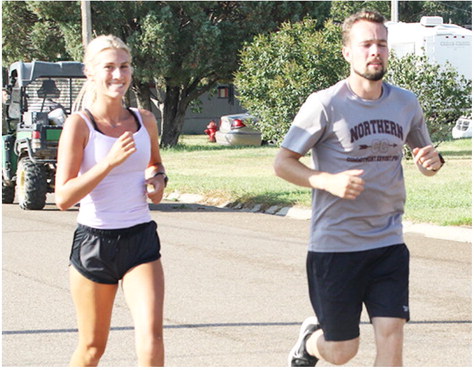