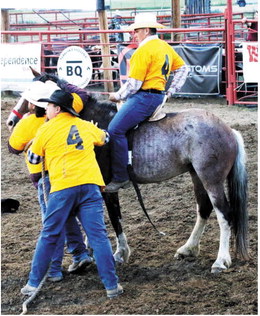 As a part of their ongoing push to support rural communities impacted by the devastating flooding in Montana, Senators Tester and Daines and Congressman Matt Rosendale have secured assurance from the U.S. Forest Service that guides, outfitters, and small businesses would receive support and flexibility in finding alternative options to operate on public lands.

“The assurance from USFS is absolutely critical for Montana small businesses affected by the recent flooding,” the Montana delegation said in a joint statement. “As the busy season ramps up in Yellowstone and the surrounding areas, it’s especially important that we support the guides and outfitters who fuel our outdoor recreational economy by giving them the flexibility they need to keep their businesses up and running. We look forward to working with BLM and USFS to implement this flexibility as quickly as possible.”

The USFS’s announcement is in direct response to a letter sent by the Montana delegation to BLM Acting State Director Theresa Hanley and USFS Regional Forester Leanne Marten urging them to provide outfitters, guides, and other members of affected communities support and flexibility in the wake of catastrophic flooding in Southwest Montana.

“We urge you to bring any relevant authority you have to bear to identify recreation options on public lands in the area, apply flexibilities to permit administration, and to expedite any necessary permitting for businesses affected by the recent flooding on the Yellowstone,” wrote the Montana delegation. “Without other options, these businesses could face significant cancellations during the most important part of their year, just as the communities they live in attempt to rebuild after this historic flood.”

The Montana congressional delegation also successfully urged the Federal Highway Administration to take immediate action and provide much needed funding through the FWHA Emergency Relief Program to areas affected by flooding resulting in $3 million in funding for Montana roads and highways. They also sent a letter to President Biden, which led to the approval of a major disaster declaration and activation of critical FEMA public assistant and support for recovery efforts. The State of Montana submitted a disaster declaration request to the federal government on June 15, 2022, in response to major flooding across south-central Montana, which was approved by President Biden the next day. Severe weather has resulted in significant property damage to homes, businesses, roads, sewers, water systems and Yellowstone National Park. Acting Governor Kirsten Juras declared a statewide disaster on June 14.