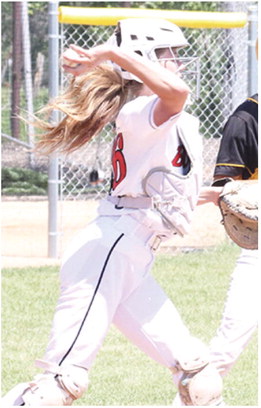 The Bulls earned the victory in the first game by a 7-4 final. Henry Kukowski was the game’s winning pitcher.

After Watford City scored two runs in the top of the first inning, the Bulls responded with Bode Miller and Peyton Hauge scoring in the bottom of the frame.

After Watford City scored twice in the top of the sixth, Kukowski scored the Bulls’ final run in the bottom of the inning.

Braeden Romo and Kukowski each had two hits for the Bulls.

Watford City won the second game by a 17-9 final.

Scoring two runs each for the Bulls were Dominic Letray, Tyler Vernes and Kukowski.

Oie, Romo and Cooper King each had two hits for the Bulls.

The two squads split during action in Watford City on Friday, June 24.

The Walleye won the first game by an 11-7 final.

Kukowski and King each had two hits for the Bulls.

The Bulls took the second game by a 14-8 margin. They struck for six runs in the second inning en route to the victory.

Miller and Romo led the attack with three hits each. Swenson added two hits. Kukowski had three runs batted in.

Scoring four times each were Miller and Swenson. Brooks Solem and Romo scored twice. Adding runs were Vernes and Hernandez.