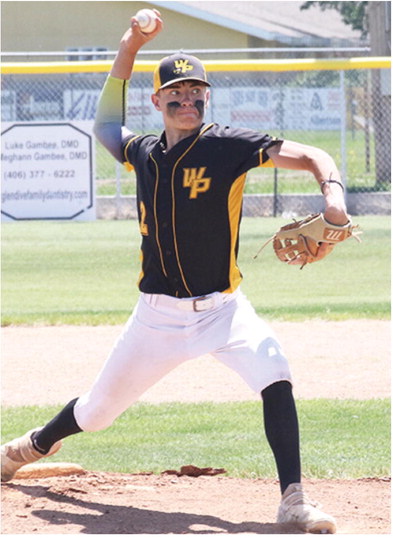 The first game was tied in the fifth inning, but the Bulls pulled away to win by the 10-run rule.

Froid also won the second game by the 10-run rule.

The Yellow Jackets then competed at a tournament in Glendive during the weekend.

Despite a solid pitching performance by Trevin Boysun, Wolf Point fell to Baker by a 12-5 margin on Friday, June 17.

Baker gained a 7-0 lead, but Wolf Point responded with three runs in the bottom of the third. Baker tallied five runs in the top of the fifth.

After Preston Swenson struck out two batters in the top of the first, the Yellow Jackets moved ahead 1-0 in the bottom of the frame when Swenson scored on a sacrifice fly by Landon Young.

The Bulls moved ahead with three runs in the top of the second. An inside the park home run by Braeden Romo accounted for Froid’s first run.

On Saturday, June 18, Wolf Point fell to Glendive’s Eastside Elite by a 9-8 final.

The Yellow Jackets lost against the Billings Upper Deck Expos, 6-5, on Sunday, June 19.