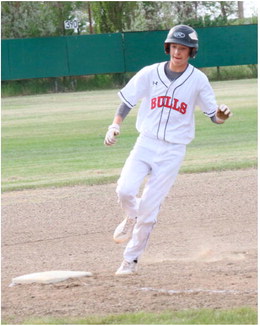 Agland jumped out to a 6-1 lead in the first inning and added 13 runs in the second inning during the first game.

Wolf Point played much better in the second game and gained a 4-0 advantage in the first inning.

Agland led by only an 11-8 margin until scoring 10 runs in the top of the fifth for a 21-8 advantage. A two-RBI single by Cody Olson was one of the inning’s highlights.

The Yellowjackets battled back with five runs in the bottom of the fifth to keep the game going at 21-12.

The Yellowjackets dropped both contests against Glasgow on Sunday, June 5.

The district tournament starts in Glasgow on Thursday, June 9.