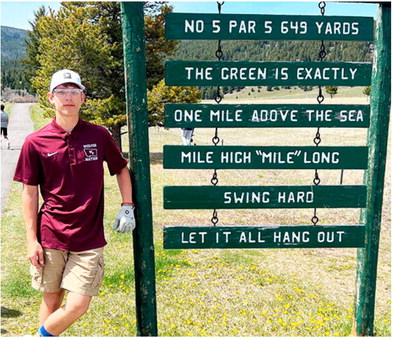 Wolf Point’s Gaige Bushman and Poplar’s Landon Young each competed at the Class B state golf tournament in Fairmont this week.

Red Lodge’s Ross Sunday was the state champion with a 156. Bigfork’s Colin Wade placed second at 158 and Glasgow’s Riley Smith took third with a 158.

The top three boys’ teams were Jefferson, Columbus and Anaconda.

Celi Chapman of Jefferson shot a 162 for medalist honors.