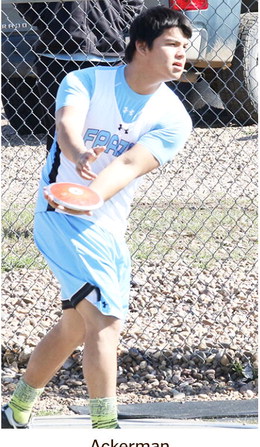 An outstanding day by Ryker Ackerman led Frazer to a third-place showing at the District 3C track meet in Glasgow on Saturday, May 14.

The Bearcubs accounted for 35 points at the district meet.

Jackson finished fifth in the 110-meter hurdles with a time of 22.87 seconds.

Ty Fourstar took eighth in the javelin with a mark of 99-6.

For Frazer’s girls, Shakira Beston took seventh in the shot put at 25-8.

Evelyn YellowHammer finished eighth in the 200 at 39.76 seconds.

The Eastern C divisional track meet is scheduled for Thursday, May 19, in Glasgow.