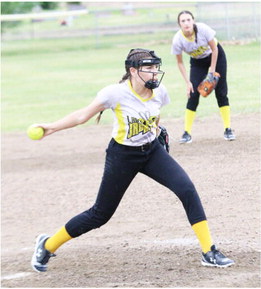 U.S. Senator Jon Tester led the Senate June 17 in passing the Great American Outdoors Act, legislation that will fund the Land and Water Conservation Fund at $900 million annually and allocate $9.5 billion to address maintenance backlogs on public lands across the United States.

“Today, we made history,” said Tester. “This is a moment that Montanans have been working toward for decades, and it wouldn’t have been possible without the years of relentless hard work from the folks back home who know just how critical LWCF is to our state’s economy. Not only will this landmark bill provide even more resources for our $7.1 billion outdoor recreation industry and the 71,000 jobs that support it, but it will help create and maintain our unmatched public lands for our kids and grandkids, and the many generations that follow.”

“Senator Steve Daines has done what no other senator, Republican or Democrat, has been able to do — advance meaningful legislation that invests in our existing public lands, increases public access, boosts our recreation economy, creates Montana jobs, promotes energy development, and provides much needed maintenances to our national parks. Our public lands are part of the foundation of our Montana way of life. As someone who raised his kids on our public lands and who successfully championed making LWCF permanent, I support the historic Great American Outdoors Act that’s poised to pass the Senate, and I urge the House to consider it,” Gianforte said.

In the 115th Congress, Gianforte sponsored and voted for legislation to permanently reauthorize LWCF and address the maintenance backlog of the National Park Service, U.S. Fish and Wildlife Service, Bureau of Land Management and Bureau of Indian Education.

After a series of successful procedural votes over the course of the last week, Tester’s bill passed the Senate by a 73-25, garnering widespread bipartisan support. The bill now moves to the U.S. House of Representatives before it can head to the President’s desk to be signed into law.

Tester is thanking the conservation groups, small business owners and other Montanans who have worked for decades to secure full and permanent funding for LWCF.

“We appreciate Senator Tester’s recognition of and strong support for LWCF,” said Kyle Weaver, President and CEO at Rocky Mountain Elk Foundation president. “Thanks to this vital conservation program, the Rocky Mountain Elk Foundation directly completed more than 80 land protection and public access projects that conserved more than 152,000 acres of habitat for elk and other wildlife. We strongly urge the House of Representatives to follow his lead, approve this legislation and help push it across the finish line.”

Thursday, June 26, Yellow Jackets B is scheduled to play at home.

Friday, June 26, Yellow Jackets B is scheduled to play at home.

Lady Jackets’ pitcher Mahala MacDonald delivers a pitch to a Scobey batter during the first inning of a girls’ minor fast pitch game at the Borge Community Park Complex Wednesday, June 17. The Lady Jackets came back from a deficit and came within one run, dropping the game to Scobey 21-20.

The Lady Jackets’ Katelyn MacDonald is safe after stealing second base while two Scobey players wait for a throw that was too late Wednesday, June 17.

Sierra Hamilton, playing second base for the Lady Jackets, fields a throw as a Scobey player slides into the base during the second inning Wednesday, June 17.