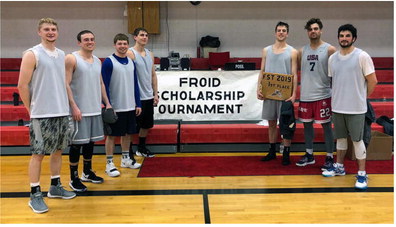 The 37th annual Froid Scholarship basketball tournament is set to begin March 19. Games are scheduled at the Froid gym through March 22. The tournament doubles as a fundraiser for area schools.

The tournament typically includes 10-12 teams. It originated in 1984 as a tribute to Jeff Ryder. The tournament features a sizable cash purse, a Calcutta auction and a three-point shootout.

All proceeds from the tournament go the Jeff Ryder Memorial Scholarship Fund.