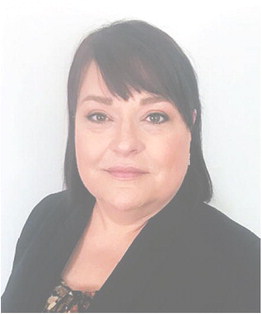 Alice Hart, an eight-year veteran of the National Park Service and 14-year veteran of federal service, has been selected as the new superintendent of Fort Union Trading Post National Historic Site.

Hart most recently served for five years as the director of the General George Patton Museum, a U.S. Army museum at Fort Knox, Ky. She also served as the Bureau of Land Management’s national curator with oversight of the Bureau’s Native American Graves Protection and Repatriation Act program, for eight years as the curator at Grand Teton National Park where she graduated from the NPS’s GOAL Leadership Academy and as a seasonal Museum Technician at Yellowstone National Park. Hart begins her new assignment March 29.

“I am pleased to welcome Alice Hart as the new superintendent of Fort Union Trading Post National Historic Site and I look forward to working with her,” said Theodore Roosevelt National Park superintendent Wendy Ross. “Alice brings a unique blend of complementary knowledge and skills to this position. She has broad knowledge and experience in both natural and cultural resource preservation. Her passion for history combined with her demonstrated ability to develop strong tribal connections and complete large facility projects will serve the park well.”

Hart said, “I first became interested in the history of the fur trade while at Grand Teton National Park. It played a huge role in the development of our nation and our relationships with tribal nations in the first half of the 19th century. I am privileged to be able to serve at the Fort Union Trading Post National Historic Site and share the importance of this history with our visitors.”

Prior to her federal career, Hart served as a collection manager at the University of Kansas Natural History Museum. She served as a training director for a private environmental engineering firm where she developed the first EPA-approved training program for asbestos contractors and engineers and as a Geologist with the Kansas Geological Survey.

Hart is married to Rick Julian, an NPS Interpretive ranger, and has three cats. They will be moving to the area when she begins her new position. She enjoys knitting, reading, gardening and kayaking.