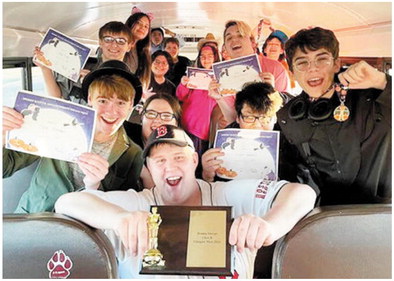 Wolf Point opened its speech and drama season in great fashion as the Wolves earned first place in drama sweeps and second place in speech sweeps at the Glasgow meet on Saturday, Oct. 29.

Cole Boysun and Elianuna Ryan were the top team in humorous duo.

The team will compete at Lockwood on Saturday, Nov. 5.