It was a community celebration as the new playground at Borge Park was dedicated and a Back to School Bash took place on Monday, Aug. 22.

The Wolf Point Lions Clubâ€™s members began conversations to start the project of raising funds for much-needed new playground equipment for the park about three years ago.

Jerald Petersen, member of the Lions Club, said it was believed at that point that $50,000 would be needed to purchase new playground equipment. Petersen said the club realized the entire community was required to reach that goal.

â€śItâ€™s a great opportunity for family and kids of all ages to enjoy the outdoors,â€ť Petersen said.

â€śWe sincerely thank everybody and all the organizations,â€ť Petersen said. â€śItâ€™s a testament to what can happen when the community comes together.â€ť

Dan Horsmon, recreation director, spearheaded a committee to determine which equipment to purchase for the playground.

â€śI would like to work on ways to keep the park busy,â€ť Horsmon told the crowd.

He mentioned having a possible adult softball league and that a beach volleyball court is now available. He said the fall soccer league will feature about 120 students.

â€śIf we donâ€™t look out for our community, no one else will,â€ť Roxanne Gourneau, chair of the Wolf Point Community Organization, said. 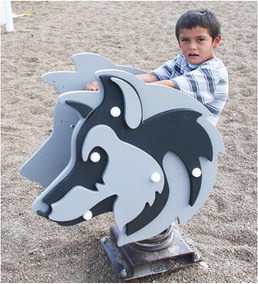 FolletJerome Follet, 7, has a good time on the spring loaded wolf chair at the Borge Park playground.(Photo by Bill Vander Weele) 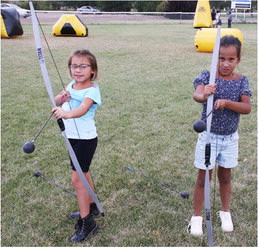 ArcheryBailey Bearcub, left, and Aniyah Clark try their hands on archery during the Back to School Blast at Borge Park on Monday, Aug. 22.(Photo by Bill Vander Weele) 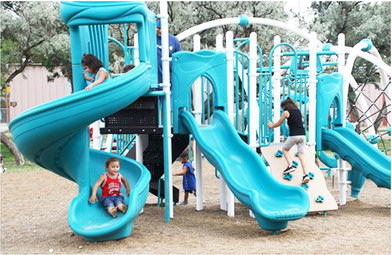