Turns Around Held In Poplar

The 15th annual Turns Around Celebration was held at American Legion Park in Poplar Aug. 19-21. Visitors attended from around the region, with a notable contingent from around North Dakota. Turnout was good, despite the fact that the celebration is typically held on a weekend with many other pow-wows.

Kelsey Haeywahe won a special hosted for Buck Turcotte and family. The special started out as a menâ€™s traditional contest but the family wanted more dancers so it was opened up to all male dancers.

Grand entries were held Friday, Saturday and Sunday as well as a parade, walk/run and a candlelight ceremony hosted by Spotted Bull Treatment Center. Specials include a featured $1,000 menâ€™s traditional hosted by Sharon Red Thunder and family for the descendants of Helen Lester, a $600 menâ€™s fancy shawl and a headman dancer special, as well as specials for tiny tots, junior girls, teen girls, womenâ€™s golden age and a $1,000 womenâ€™s jingle. At press time, those winners were unavailable. 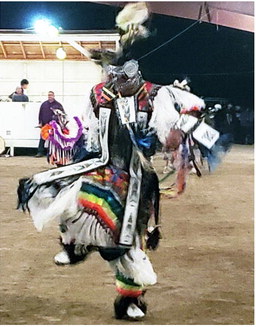 HeywaheKelsey Heywahe was won the Turcotte family special at the Turns Around Celebration in Poplar. (Submitted photo) 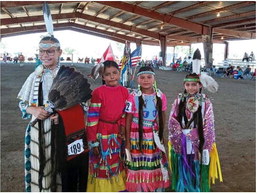 WinnersMaeâ€™Lee Thunderchild Special Champion Maeâ€™Lee Miller (left) and other winners pose at the 2022 Turns Around Celebration.(Submittedphoto)