How the arts benefit academic performance 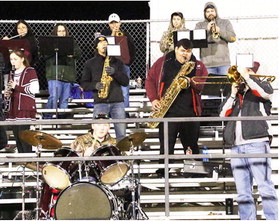 The cost of products and services continues to rise and organizations everywhere have increasingly been feeling the pressure to reevaluate budgets. Itâ€™s no different in school districts nationwide, with school boards making difficult decisions about which programs to keep and which will have to go in order to save money.

Music and arts programs often are the first to be cut when school budgets are tightened. The organization Save the Music says that, during the Great Recession in 2008 and 2009, per-pupil spending in public schools decreased by approximately 7 percent across the country. This led to a trickledown effect that resulted in the cancellation of art and music programs.

Since then, many districts have continued to cut arts programs due to budget limitations. COVID-19 also did little to help the situation.

Art program cutbacks are rarely met with open arms, and that resistance has a lot to do with the positive effects such offerings have on studentsâ€™ academic performance.

Numerous studies have found a correlation between early introduction to music education and a number of benefits for children. Music education can help develop communication skills, brain plasticity, language and motor skills.

A study conducted by the University of California, Los Angeles used a database of more than 25,000 middle and high school students. The researchers found that students involved in arts performed better on standardized achievement tests than students with lower arts involvement.

Furthermore, data from 2015 from The College Board, which produces the SAT, found students who took four years of arts and music classes while in high school scored an average of 92 points higher on their SATs than students who only took one-half year or less. Improved emotional states

In addition to better performance on tests, a review in Frontiers in Psychology examined several studies linking arts and aesthetic experiences with â€śbroad improvementsâ€ť in peopleâ€™s emotional states. Those improvements included greater psychological and physical well-being.

Participation and even appreciation of the arts can have an impact as well. Researchers from the Department of Public Administration at the University of Illinois Chicago found that being an art curator or audience member leads to high levels of civic engagement and social tolerance.

The support and therapy company Evolve Treatment Centers reports that involvement in music and arts leads to overall higher GPAs, higher scores in math and reading and a reduced risk of behavioral problems and suspensions.

Music and arts education are important to studentsâ€™ development. Keeping these programs alive in schools can benefit students in many ways. 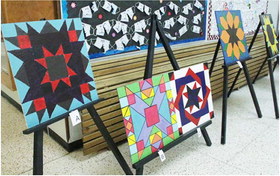