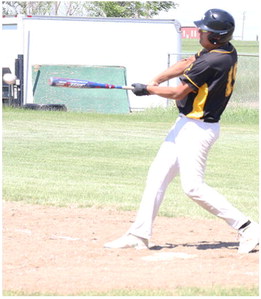 Wolf Point struggled with pitching requirements and lost the first game by a 25-10 final.

The contest was deadlocked at 9-9 until Watford City scored three runs in the third and eight runs in the fourth inning.

Ahead by a 20-10 margin, the Walleye added five runs in the top of the fifth inning.

Wolf Point led 3-1 after the first two innings. The game was even at 5-5 after three innings of play. Swenson struck-out nine batters and made a nice catch on a foul ball during the first three innings.

The Walleye pulled away with eight runs in the fifth and four more in the sixth inning.

Scoring two runs each were Dschaak, L. Brown and Landon Young. The Yellow Jackets will compete at a tournament in Gillette, Wyo., starting on Thursday, June 30.