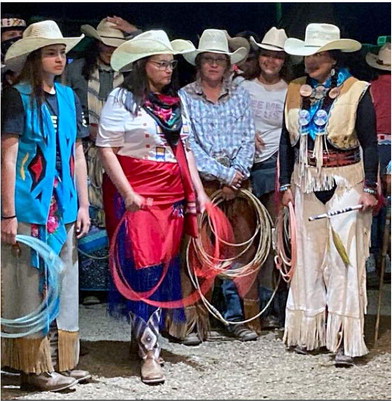 Independent that the 2022 event featured dancers from Alaska to New Mexico.

Attendance was up from last year with over 200 registered dancers and nine drum groups from Montana, North Dakota and Saskatchewan. Dance contests were featured daily June 17-19.

“This weekend was the best we’ve had in years,” said LaRogue. “There were no problems with the people in general. It was a very good family powwow, something I haven’t experienced in years, Congratulations to the committee for a job well done and the dancers and drums who attended.”

Walter Runs Above won Men’s Fancy. He was followed by Cactus Runs Above and Trevor Yuzicappi.