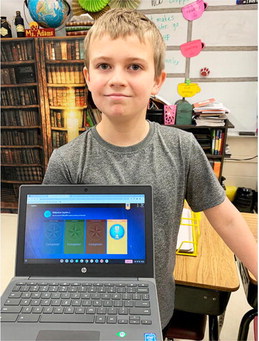 This school year marked a time of strong improvement for Wolf Point’s students.

The programs along with the dedicated work by teachers have resulted in this year’s success, she said.

“They have supportive of all the students’ needs,” Chambers said.

“It’s something I hoped for,” Chambers said of seeing more than 50 percent of Southside’s students now being at or surpassing their grade level. “I hoped for 50 percent, which is a really big job. But teachers took on the challenge and have embraced the programs. Students are being successful in more ways that we think.”

Results have included that all grade levels at Southside School have completed at least 50 percent of the program.

At Northside School, all students in grades 4-6 have completed at least 50 percent of the programs.

Grades K-5 use the Core 5 program while grades 4-6 use the Power Up program. Each are Lexia programs.

Chambers noted that teachers are supportive of keeping those programs for the future.

“I’m excited to see how much more our students can grow now since they know these programs,” Chambers said.