Red Hawks Down Frazer In Contests

The Froid/Lake Red Hawks rolled to a 70-21 non-conference boys’ basketball win in Frazer on Tuesday, Jan. 12.

Froid/Lake gained a 27-5 lead in the first quarter en route to the victory.

The Red Hawks scored the game’s first 12 points on an inside basket by Walker Ator, a drive by Mason Dethman, a hoop by Ator, a shot by Colt Miller, a hoop by Dethman and another basket by C. Miller.

After Frazer’s John Hotomanie hit an outside shot with 3:14 left in the first quarter, the Red Hawks ran off the next 11 points for a 23-2 advantage. Dethman tallied six of the points and Brett Stentoft connected on a three-pointer.

The Red Hawks led 47-13 at intermission.

Reaching double figures for Froid/Lake were Dethman with 21 and C. Miller with 14 points.

Hotomanie accounted for 13 of Frazer’s points. Also scoring for the Bearcubs were Keein Ackerman with three, Blue Fettig with three and Tory Jackson with two.

The Froid/Lake Red Hawks dominated the middle two quarters in their 61-35 girls’ basketball victory in Frazer on Tuesday, Jan. 12.

The Red Hawks never trailed in the game and gained a quick 6-2 lead on three early baskets by Sydney Dethman.

A three-pointer by Liana Jackson pulled the Bearcubs to 7-5, but two straight hoops by Baylee Davidson increased the gap to 11-5. A 12-footer by Dethman put the gap at 13-5.

The Red Hawks ran off the first 10 points of the second quarter. Dethman scored four of the points and B. Davidson connected from three-point range. Froid/Lake enjoyed a 33-17 half-time advantage.

Dasani Nesbit accounted for 12 points in the third quarter as the Red Hawks outscored Frazer by a 21-4 margin for a 54-21 lead.

Top scorers for Froid/Lake were Dethman with 23 points and Nesbit with 13 points.

Leading Frazer were Justine Smoker with nine, Liana Jackson with eight and Nelligan with seven points. 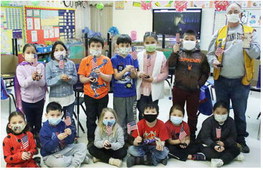 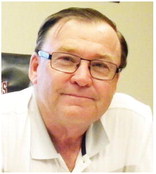 Baldwin To Serve As Acting Superintendent

An individual with a great deal of administrative experience and who is a familiar face to area resi...

Highway 2 Association president Bob Sivertsen expressed gratitude to the House Transportation Committee for tabling House Bill 545 last week. The bill would have established a Montana Transportation Commission. Sivertsen said, “Make no mistake the proposal was introduced for the sole purpose of advancing a decades old effort to re-establish the Hiawatha Passenger Se...

Sixty-eight airports across Montana will share $20,034,965 in grant funding to keep up with costs and continue projects amid the COVID-19 crisis. U.S. Sen. Jon Tester, D-Mont., announced that he had secured the funding as part of the Coronavirus Response and Relief Supplemental Appropriations Act that was signed into law in late December of last year. The grants are provi...