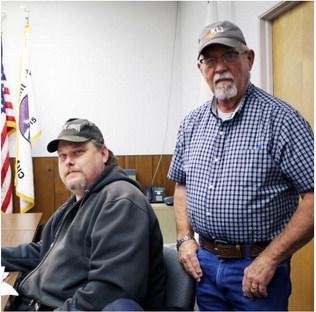 Following a moment of silence for community members suffering from the pandemic, Mayor Chris Dschaak led the council in the Pledge of Allegiance. Minutes were passed for the Sept. 21 and Oct. 19 regular meetings. No public comment was offered.

The airport has received $30,000 in CARES Act funds. The council approved a letter to the Federal Aviation Administration, looping in that organization on the city’s agreement with Interstate Engineering to handle snow removal at the airport.

The baseball field sprinkler project is on hold until spring. Building permits are being issued to Missouri Breaks Brewing and McDonald’s. The latter business has paused remodeling efforts, but has agreed to initial permitting costs.

A permit has been requested for a new marijuana dispensary in Wolf Point. William Conner plans to open a dispensary next to the Wolf Point Cafe downtown. Councilman John Plestina asked if there was any way to block the permit. The council will be looking at compliance with city ordinances.

The streets and alleys committee reported that the next Bridge and Road Safety and Accountability Act report is due out in December. Great West Engineering reported that the BNSF watermain project received notice to proceed Nov. 10, with 30 days scheduled to complete the project.

City attorney Anna Rose Sullivan told the council that she is preparing a memo to address the status of Custer Street degradation and other issues.

“I’m trying hard to find a legal solution,” said Sullivan. She said the memo will be ready for the next council meeting.

During the personnel, policy and wage committee, it was reported that workers’ compensation and safety training was held Nov. 4. Liability training is scheduled for Dec. 2.

The next council meeting is scheduled for Dec. 21.

FPCC To Offer Free Tuition, Supplies For All Students For Spring Semester

Christmas Stroll To Be Saturday With Decreased Activities

Wolf Point will still celebrate the holidays with the annual Christmas Stroll on Saturday, Dec. 5, but activities will be reduced due to COVID precautions. “After careful thinking, we will just have the Christmas displays up in the park,” said Aaron Kurokawa, Wolf Point Chamber of Commerce director. “There will be no Santa photos or anything like that.” He sa... 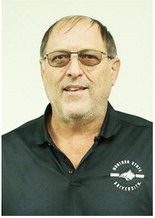 Oelkers Wants To Focus On Roads During Next Term

After being re-elected to serve a second term, Gordon Oelkers is looking forward to continue serving...

Although the Roosevelt County Sheriff’s Office no longer is the contracted entity for law enforce... 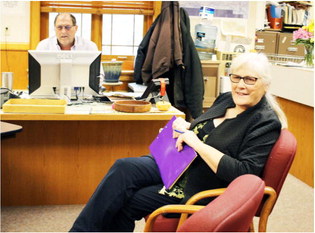 The feels that officers will now be able to better assist all of the county. A previous contract wit...