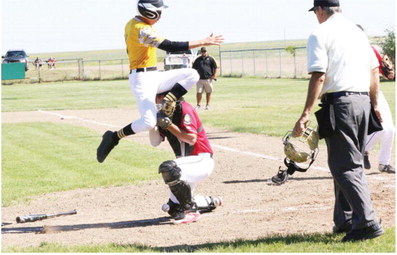 The A team ‘Jackets have won several games and lost others by close scores.

“I still have faith we will get there. [It’s] just taking longer than I had hoped,” A team head coach Aaron Snyder said.

The A team is for ages 15-18 and the B team are less experienced players, mostly ages 12-15. The A and B teams replace American Legion Baseball and Babe Ruth League this summer due to national cancellations.

The A team dropped a doubleheader to the Bulls 14-4 and 15-8 at home in Wolf Point Wednesday, July 1.