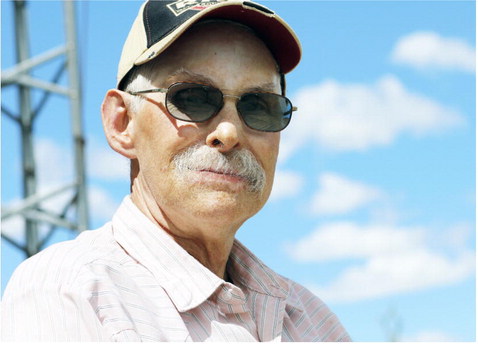 He has been helping to line up the parade at the high school for more than 50 years, following in father Frank’s footsteps.

“About the time the new grandstands went in,” said Heser, “my dad started helping line up the parade. I took over from him.”

Heser lives with wife Agnes south of Wolf Point near the Sunnyside School and has attended the rodeo for as long as he can remember.

Agnes describes herself as a rodeo widow and says she’s gotten used to losing her husband to Stampede parade festivities every July.

Heser is known for his 1928 Model A. When visiting him at home May 22, he demurred unveiling the classic vehicle.

Heser told the Northern Plains Independent that he doesn’t get out much these days, but since the rodeo is a go, we should expect to see him driving the Model A pretty soon.

Heser follows Gary and Phyllis Sethre, who served together as marshals for last year’s event.

For tickets and more information about the Wild Horse Stampede and related events, call 653-1770.