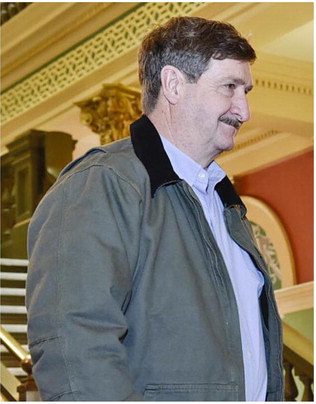 Montana Democratic gubernatorial candidate Whitney Williams has added northeastern Montana farmer Milo “Buzz” Mattelin as her lieutenant governor running mate. She spoke to reporters at a press conference in the capitol March 2. Mattelin is president of the National Barley Growers Association. He operates a barley, wheat and sugar beet farm west of Culbertson along the Missouri River.

Williams announced her 2020 run for governor as a Democrat Oct. 3. The Missoula businesswoman is the daughter of Pat Williams, who represented Montana in the U.S. Congress for nine terms.

“I will take any opportunity to bring agricultural issues, our rural economy and the concerns of folks living in eastern Montana to Helena,” Mattelin told reporters.

March 9 is the filing deadline for the 2020 ballot.