What Is Mardi Gras And Why Is It Celebrated? 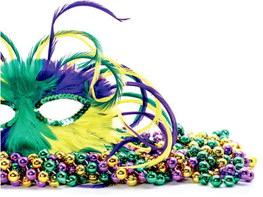 Mardi Gras entices revelers from all over the world. Notoriously celebrated in New Orleans, La., and Rio de Janeiro as “Carnival,” the famed culmination of the carnival season is a lively display of pageantry, food, festivals and general merrymaking.

Mardi Gras dates back centuries to the ancient Roman custom of indulging before a period of fasting. Mardi Gras, or “Fat Tuesday,” traces its origins to France, and these traditions were transfered throughout the world as France colonized different regions.

Parties and fanfare are just one of the ways to commemorate the last day before the period of fasting and repentance known as Lent in the Christian calendar. While some people embrace the Mardi Gras carnival atmosphere, others participate in Shrove Tuesday, which is a more sedate celebration. Shrove Tuesday gets its name from the ritual of shriving that Christians once adhered to. This tradition includes the confession of sins.

But indulgence is part of both Mardi Gras and Shrove Tuesday traditions. During Lent, certain foods, which historically included meat, fish, fats, eggs, and milk-based foods, are given up. On Mardi Gras and the period leading up to it, families would feast on all the foods they would give up during Lent. Pancakes were popular items during this time because they are made from eggs, fats and milk. Although many people no longer abstain from all of these foods, the custom of filling up before giving foods up has remained.

In certain areas, Mardi Gras and Carnival will begin on January 6 this year with the celebration of the Epiphany, also known as Three Kings’ Day. Celebrations then last until midnight on the Tuesday before Ash Wednesday. Christians then forgo festivities in exchange for solemn reflection and preparation for the joys of Easter.

New Orleans is by far the most popular location in North America in which to celebrate Mardi Gras. However, according to the History Channel, New Orleans did not host the first North American Mardi Gras. French soldiers feasted and wore masks as part of Mardi Gras festivities in 1703 in the newly founded city of Mobile in present-day Alabama. Mardi Gras gained steam in New Orleans soon after the city’s founding in 1718.

Today’s Mardi Gras cel- ebrations can be lavish and raucous. During such celebrations, copious amounts of food and drink are typically consumed, and krewes, which are organizations of revelers, host Mardi Gras balls and ride floats in the New Orleans parade. These krewes also toss beads to revelers.

The King Cake also is featured during Mardi Gras celebrations. This cake, typically made with brioche dough, is only available during Mardi Gras season. The bread-like cake is braided, dusted with cinnamon and glazed with Mardi Gras colors. A small plastic baby is hidden inside the cake. Whoever discovers it in his or her slice must buy the cake or host a party the following year.

Mardi Gras is a celebration that immediately precedes the Christian season of Lent. Fanfare, food and friends are keys to the festivities. This year, Mardi Gras Day is Feb. 25.