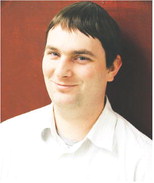 Prior to 2019, Johnson taught for four years at Frontier Elementary School. Before that, he spent two years in Glasgow.

Johnson said he splits the difference on the extra miles with wife, Jenna Johnson, who teaches in Hinsdale.

Johnson was raised in Missoula and attended University of Montana, where he earned a bachelor’s degree in music education.

“I’m able to do more with them musically,” said Johnson.

He said his hobbies include folf and hiking.