On Wednesday, Cord made a plea of guilty to the misdemeanor charge of assault. He admitted to touching the victim’s breast and agreed that it was touching her in an insulting way.

Maximum penalties were six months in the county jail, a $500 fine or both.

District Judge David Cybulski released Cord because of Cord’s time already served in prison. He also wasn’t ordered to pay a fine because of credit for time served.

“I guess you’re done wearing green stripes as soon as we have the typed judgment,” Cybulski said.

The judge told Cord that it was his best interest to stay away from the victim and from Culbertson.

Roosevelt County Attorney Frank Piocos said he disagreed with the original verdict and the Supreme Court’s ruling. Piocos said he agreed to the plea agreement because he couldn’t retry the case for the felony charge and that a 15-year-old can consent to sexual contact but not sexual intercourse.

Piocos said he talked with the victim before moving forward with the plea agreement.

A gun safety advocacy non-profit founded by former Arizona Congresswoman Gabrielle Giffords announced the launch of a new chapter in Montana on Wednesday, Jan. 25. According to a press release, Gun Owners for Safety is a coalition of hunters, sport shooters and collectors, have come together to advocate for common sense gun violence prevention laws and promote safety. ... 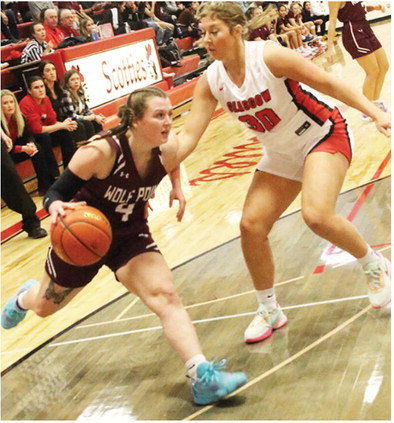 Wolf Point’s girls’ basketball squad played outstanding during the first half and posted a 58-38 victory in Sidney on Thursday, Jan. 26. The Lady Wolves jumped out to a 15-5 lead in the first quarter and held a 35-12 halftime advantage. “We looked like an all-star team in the first half,” Wolf Point Coach Frank Benson said. Wolf Point held a 49-25 lead a...

Lustre’s boys’ basketball team scored 25 points in the second quarter to gain control in its 80-48 victory in Bainville on Friday, Jan. 28. The Lions held only a 14-9 advantage at the end of the first quarter but gained a 3919 lead at the half. After outscoring the Bulldogs, 16-13, in the third quarter, Lustre exploded for 25 more points in the final period. Top... 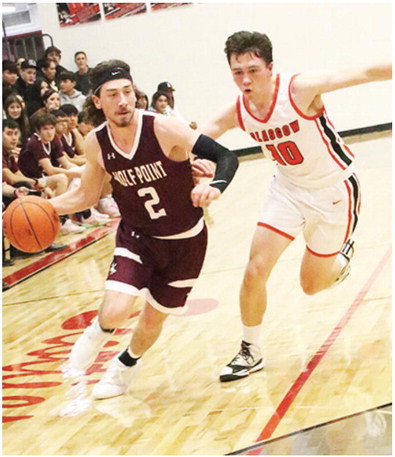 Wolves Emerge With Victory In Glasgow