How farmers and growers can adapt to meet emerging demands 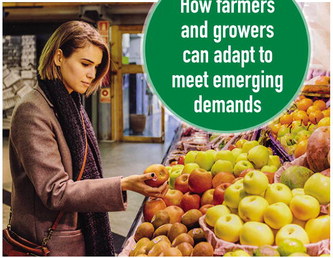 The world is ever-changing, and those changes include consumer preferences. Identifying what consumers want is a challenge for any business, and farmers and growers are no exception. Food trends come and go, but identifying key segments of the population and catering to their needs and interests can help farmers and growers meet consumer demand and increase profits.

Baby Boomers may no longer be the largest living adult generation, a distinction that the U.S. Census Bureau reports now belongs to Millennials. However, there are still more than 71 million Baby Boomers in the United States, and Statistics Canada reports that this influential demographic, which includes individuals born between 1946 and 1965, makes up nearly 30 percent of the Canadian population.

Such figures underscore how lucrative it can be for farmers and growers to cater to the Baby Boomer demographic. Many Baby Boomers have reached an age where their doctors have recommended certain foods to reduce their risk for problems associated with aging, such as heart disease. The Mayo Clinic reports that whole grains are great sources of fiber that can help regulate blood pressure and heart health. Many seniors are urged to eat more fruits and vegetables as they grow older, ideally increasing their intake of these nutrient-rich foods while simultaneously cutting back on high-calorie foods like meat and cheese.

Generation X is the generation between Baby Boomers and Millennials. Gen Xers include individuals born between 1966 and 1980, though some metrics suggest Generation X extends into the early 1980s. Older Gen Xers are nearing retirement age, and that means they likely have more disposable income than Baby Boomers, many of whom are now retired, and Millennials, who are just beginning their careers or still raising families. A report on consumer trends from the consultant firm Technomic Inc. found that Gen Xers are willing to pay extra for fresh foods and prefer foods that benefit their overall health by promoting better sleep and providing more energy. Such foods may include blueberries, kale, quinoa and watermelon.

The size of this generation can make it hard to define its needs and wants, as it includes a diverse array of people born between 1981 and 1996. However, Millennials can be an especially valuable market for small farmers and growers, as research indicates individuals in this demographic prefer small and midsized manufacturers over larger producers. Research from Wells Fargo found that, as millennials matured and gained more buying power between the years of 2012 and 2017, small and mid-sized manufacturers accounted for 46 percent of overall industry grains.

The U.S. Department of Agriculture reports that millennial households buy more unprocessed foods, including fruits and vegetables, than the generations that came before them.

Recognition of consumer demands is important, especially for small farmers and growers trying to increase profits and serve the needs of an evolving consumer base. 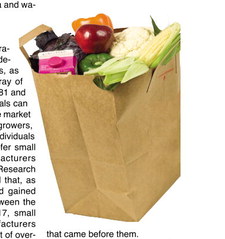