The squad features 14 players this season. Adrian Anderson is the lone senior for the Bulldogs.

Romoâ€™s coaching experience includes serving as the junior high basketball coach for eight years. He also helped with Bainvilleâ€™s football program in the past.

â€śIâ€™m coaching for the kids. I enjoy coaching,â€ť Romo said. â€śIt seemed like an opportunity to coach at a higher level.â€ť

Auggie Hollanda is serving as the teamâ€™s assistant coach.

A solid group of juniors highlight Bainvilleâ€™s roster. â€śThereâ€™s quite a few kids with a lot of experience,â€ť Romo said.

One spot that the Bulldogs need to find a replacement for is at quarterback after the graduation of standout Jesse Strickland.

The squadâ€™s athleticism is a strength. â€śWe have a little height and thatâ€™s something that Bainville usually doesnâ€™t have,â€ť Romo said.

He sees Froid/Lake as the league favorite heading into the season. Savage, Wibaux and Richey/Lambert also have traditionally strong programs.

The Bulldogs will open their season at home against Trenton, N.D., on Saturday, Aug. 27. 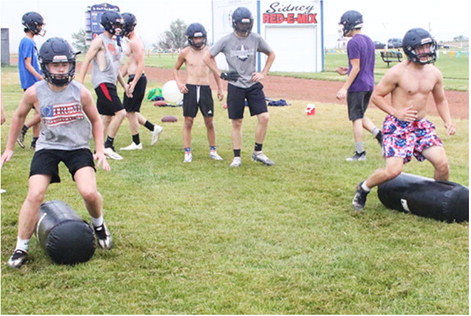