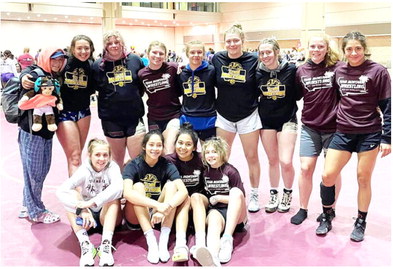 Montana defeated Peg Leg Legion, 41-22, in the opening round on Wednesday, June 22. Montana then lost to a strong Nebraska Tsunami team by a 42-26 final. After losing to Charlie’s Angels of Illinois, 42-25, Montana downed Nebraska Tidal Wave, 40-30, to earn seventh place.

Gorder went 8-4 at 114 points during the tournament. Two of her losses came against Ella-lin Gonzalez of Illinois.

Beston also finished with an 8-4 record at 138 pounds. All of her wins came on pins.