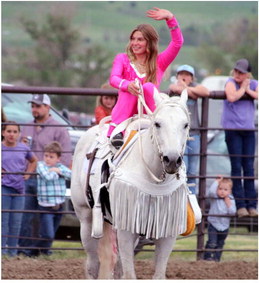 No qualified rides were recorded in the bull riding and steer wrestling events.

Blayne Hubing of Circle took first place in the tie down roping event, followed by Carson Stevenson of Hobson and JC Crowley of Poplar.

Ben and Bill Ayre of Glendive took the team roping event, with Blayne and Jon Hubbing of Circle placing second and Clint Gorrell and Cody Smith of Beach, N.D., in Third. JC and Darrell Crowley of Poplar placed fourth.