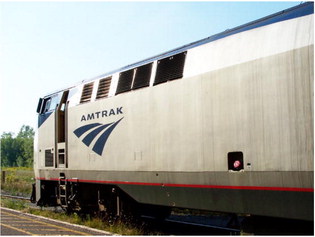 Amtrak will cut service later this year on most of its long-distance routes nationwide to three times a week instead of the current daily service because ridership has fallen significantly during the coronavirus pandemic.

Amtrak spokeswoman Kimberly Woods said June 17 that the cuts will take effect Oct. 1 and remain in place until at least the summer of 2021. Woods added that daily service could be restored if demand improves along its long-distance routes.

Jim Mathews, president and chief executive of the Rail Passengers Association advocacy group, said he thinks the cuts are short-sighted and will hurt longterm demand for these routes.

“The long-distance services declined the least among Amtrak’s three business lines during the coronavirus-induced slowdown, and its services remain essential to the hundreds of small communities across the United States with fewer options than Philadelphia or Boston or New York City,” Mathews said.

Amtrak said its Auto Train, which runs from the Washington, D.C., suburbs to the Orlando, Fla., area, is the only long-distance route that will continue to operate daily.

Amtrak will cut its Empire Builider train schedule to three days a week effective Oct. 1. The Empire Builder serves the Montana Hi-line, including Wolf Point, and runs from Seattle, Wash., and Portland, Ore., to Chicago, Ill.